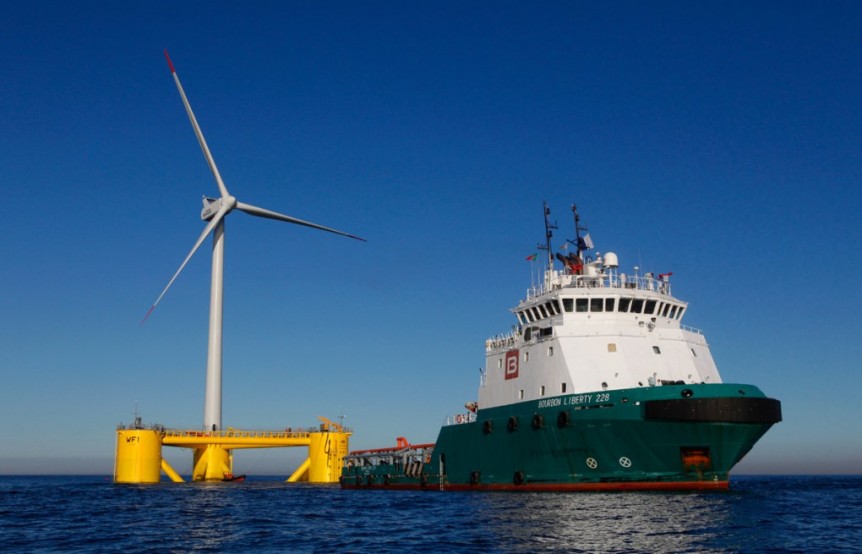 The project, located 20 km off the Portuguese coast at Viana do Castelo, is planned to be operational in 2018 and will consist of 3 or 4 wind turbines on floating foundations, accounting for a total capacity of 25MW.

The consortium will use the WindFloat technology, a semi-submersible foundation developed by Principle Power, Inc. This technology was already implemented in a first of its kind prototype called WindFloat 1 near Póvoa do Varzim. It comprises 2MW Vestas V80 commercial wind turbine mounted on a WindFloat floating offshore wind turbine foundation.

The prototype has already produced more than 16GWh over almost four years of operation. Its results have been key for the creation of this consortium and the launch of the WindFloat Atlantic project, the aim of which is to demonstrate the economic potential and reliability of this technology, advancing it further in the path towards commercialization, EDPR stated in a press release.